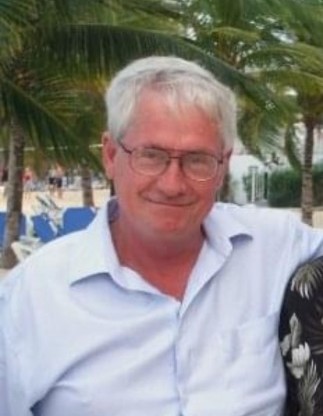 On Tuesday, November 3, 2020 Perry Morrison of Drayton Valley passed away at the age of 73 years.

Perry is survived by his mother Muriel, his wife Barbara, his son Jason and Tracy Morrison and their children Kristen, Jana and Connor, his son James Morrison and his children Scott and Korbyn, his daughter...

On Tuesday, November 3, 2020 Perry Morrison of Drayton Valley passed away at the age of 73 years.

He is survived by his siblings Gail McNally, MaryJane Elder, Bill Morrison, Ted Morrison, Rick Morrison, John Price and their spouses and children.

Perry was predeceased by his beloved father, Irvine.

My name is Jason Morrison.  I am Perry’s eldest child.  Perry was my father, my teacher, and the master of the on and on discussion.

We all will remember our father for many things. 73 years would give you many memorable moments. His sense of humor, his love of golf and a good book, his cooking, his fudge and the cheese ball.  Maybe it’s the way he commanded attention simply by walking into a room, the look he gave when he stared over his glasses when he knew you were full of it.  Some of the privileged people would have had the benefit of an on and on meeting which could last a day or two, only to be broken up by the occasional bio-break or fixing of a new drink.  The man could talk about anything and keep you captivated.

Our family tree has a special blend of unique individuals; wonderful mentors, first Patricia and then Barbara, amazing siblings, Jim, Christina, and Andrew, step children, Anita, Mark, and Brian, and wonderful grandparents Muriel and Irvine, and pets. Many wonderful pets.  Make no mistake about it though, our father was at the centre of that universe.  And his universe circled around his kids and his grandkids.  A trait he inherited from his parents.

I can, like my siblings, fondly look back and recount numerous conversations and events that helped shape who we are today.  I'm sure each of his grandchildren have a special memory that he's provided them. How could they not. Looking through photos of my father with my kids have put a smile on my face. Each photo he is giving my children his complete attention, like there's no one else in the room.

For life lessons there is no better teacher. I recall once I asked about precipitation and he brought home equipment from the office to illustrate it for me. One question led to a two-day project. I don't think any of us truly appreciated the time and effort he took to teach us anything and everything we wanted to learn.  One of my better questions ended up with him and I bonding as I learned how to play golf. The downside of learning to play golf was that I had to play golf with him and his friends. Tom Fox and my dad used to dig at me before each swing as “you’re a big guy and you’re going to hit it a mile” when I would top the ball launching it a mere 20 feet.  In the end he always listened and tried to fulfill all our wishes and dreams as children.  I personally felt privileged to have him in my life.

I could go on, but I want to conclude with something simple. What I would give to have another on and on just one more time.

He will be greatly missed by his family and friends.

No formal service will be held.

Please send flowers to the family’s home via our 100% guaranteed hand-delivered floral services.

Family to do services at later date

Plant a tree in memory of Perry

1 tree planted in memory of Perry

The Nortown Air family is very sorry to hear the passing of Perry. He was a friend , teacher and a key employee in the early years of the company. His knowledge and diligence allowed to us move forward and expand in new areas. He will not be forgotten.

A Memorial Tree was ordered in memory of Perry Irvine Morrison by Ted, Anna and Isabella Morrison.  Plant a Tree

We are so very sad of your loss of your father. We had the privilege on Morrison Lake to get to know him, & share a lot of memories. We extend our deepest thoughts to Barbara as this is a terrible shock to us all & we extend our prayers & thoughts to her & your family. Let memories go on. Our condolences.
Judy & Gary Boorman

Plant a tree in memory of Perry